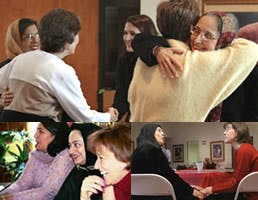 Janice Harris Lord received her MSSW degree from University of Texas at Arlington and is a licensed clinical social worker (LCSW) and professional counselor (LPC). Janice began her career with trauma survivors, serving child abuse victims at Children’s Health Hospital in Dallas in the 1970’s. She later became National Director of Victim Services for Mothers Against Drunk Driving in 1982, a position she held until 1997. In 1993, she received a U.S. Presidential Award for “Outstanding Service on Behalf of Victims of Crime”. Since 1997, she has been in private practice and consulted on numerous national, state, and local projects, including several at JPSH. In addition to trauma therapy, her interests include resilience in clients/patients and caregivers, ethics in victim services, trauma-related bereavement, and the role of spirituality in human services. She is the author of No Time for Goodbyes: Coping with Sorrow, Anger, and Injustice After a Tragic Death, now in its 7th edition and available in Spanish, and co-author of Spiritually-Sensitive Caregiving and I’ll Never Forget Those Words, a book about death notification.